Imagine how much has changed since 1956. Not least when it comes to how we live. In that context, it is such a great accomplishment by Swedish designer Yngve Ekström that his midcentury classic, the Lamino chair, still feels relevant and modern today.

Yngve Ekström was a contemporary of Alvar Aalto, Nanna Dietzel, Bruno Mathsson, Arne Jacobsen and Grete Prytz-Kittelsen, to name but a few of the many talents that emerged on the international design scene in the mid-1900s and became known as the Scandinavian Design movement.

Born 1913 in the furniture-making Småland province of Sweden, Yngve Ekström was the son of a carpenter who made wooden chairs at the country’s oldest furniture factory, Hagafors Stolfabrik. His father’s early death forced him to quit school at 13 and start working at a sawmill. In his spare time, and with a desire to be creative, Ekström taught himself art history, sculpture, drawing and music.

In 1945, Yngve and his two year older brother Jerker founded the furniture company ESE-möbler along with Sven Bertil Sjöqvist. It was later renamed the more international, and dare we say more elegant, Swedese. Yngve led the company until his death in 1988. The big breakthrough came in 1953 when Yngve Ekström won both first and third prize in a Swedish crafts competition. Three years later the Lamino chair was launched.

The Story of The Lamino Chair

As is the case with many design classics, the chair was in fact prequeled by several other attempts. The goal was to create a simple, lightweight, attractive and modestly priced easy chair. Experimenting with different designs, materials and techniques, Ekström eventually found the right combination with bent laminated wood  – hence the name Lamino – and sheepskin upholstery.

– To have designed one good chair might not be a bad life’s work, the designer himself commented modestly in a 1960 interview. In fact, the Lamino easy chair is one of many masterpieces by Ekström, such as the Accent living room collection and Desirée garden table and chair. His works are united by a precise yet relaxed feeling, an effortlessness and simplicity that invites us to use them rather than admire them from a distance.

Yngve Ekström always created with the human being at the forefront of his mind: His designs fit the human body, rather than forcing the users to adapt to as best they can.

This story was originally published at nordics.co. 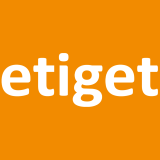